Alberto Ruiz has close links to Pig&Dan having released on their label Elevate and collaborated on music with them. He has also featured on many other labels such as Suara, Transmit, Relief and his own Stickrecordings, amongst lots more of a similar calibre.

Rounding off the artists on the release is AlBird, who has previously showcased his talents on imprints such as Set About and BluFin.

The original cut “Double Trouble” has pulsating synths and thrashing hi-hats at the heart of its peak time groove that has just a hint of euphoria. Alberto Ruiz builds on the energy with the addition of some fast-flowing percussion, and his own lead synth brings a sinister vibe to the track. Finishing off the tracks here is the acid-tinged and explosive remix from AlBird. 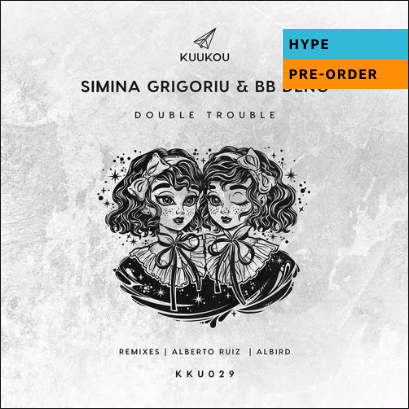